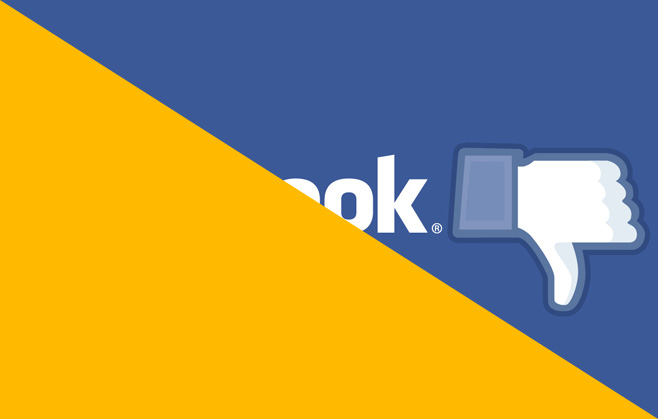 Facebook’s message to companies is clear-cut: Don’t like it? Then go somewhere else!

This week at The Practice, we’re interested in social media and the digital marketing space; Facebook in particular is the focus of our attention.

With the site offering an array of new advertising features, it’s all too easy for brands to become complacent, thus neglecting the wider advertising spectrum. Today, we consider the pitfalls of this in relation to consumer response.

Brands, The Practice included, are well aware that Facebook advertising is relatively cheap, (and if you choose, even free), in comparison to other methods. For example, when Ford ran its 2011 Focus campaign, the car company spent an estimated $95 million across advertising mediums, with a mere fraction of this spent on Facebook ads.

One could argue though, that the two values can’t be compared like for like. To our mind, beverage companies will always attract a large volume of Facebook ‘likes’ because ‘liking’ reflects the user’s personal tastes; something which illuminates a person’s Facebook profile. Site visits on the other hand, are perhaps more valuable because they reveal that people are making conscious efforts to explore the brand. However, it’s easy for companies to fall into the trap of large numbers equating to popularity, hence why they can easily be sucked into the Facebook trap.

This psychology works to Facebook’s advantage when it comes to profitability. Once the site has companies hooked, it reels them in further with additional advertising charges. One Facebook Marketing Conference attendee noted that Facebook’s message was ‘[e]ither you pay or you get less impressions. It was very clear from the FMC event that this is how they are going to play it moving forward.’

Joe Ciarallo, Buddy Media’s VP of Communications adds: ‘I think that’s what Facebook is focused on,’ he said. ‘This sort of convergence- stop thinking about your ad team and your community management team writing wall post copy. Ideally, you want that wall post copy to be amplified via sponsored or via premium products.’

Predictably then, in order to maintain a successful presence on Facebook, companies will be drawn further into a web of expense. This is all very well if it’s going to bolster their caché with fans. But when brands overly rely on Facebook as an advertising platform, how does this affect consumers? In a study of 3000 social media users worldwide, consultancy firm Content and Motion found that whilst 45% of people enjoyed interacting with their favourite brands online, 80% of product recommendations were in fact generated off screen. The survey’s bottom line was that 50% of consumers still consider TV to be their primary media source, while 60% found traditional adverts influenced their purchasing decisions the most.

Content and Motion’s Managing Director, Roger Warner, corroborates that brands shouldn’t focus their energies purely on Facebook, rather, they should use the site to facilitate growth in conjunction with other means of advertising. He states that ‘great marketing on Facebook is about being a vehicle for communication, not a destination.’

So will brands become disillusioned? Because Facebook are diverting their attentions away from improving page features and focusing on paid advertising features instead, they’re showing an increased preference for brands to pay for Premium ads. From Facebook’s business perspective, this of course makes sense. After all, Facebook’s revenues, which come largely from ads, were $1.6 billion in the first half of 2011 up $800 million from a year earlier. Unfortunately, Facebook will always have the power to dictate just how we should use the site; its business model is pretty limitless in terms of scope for expansion.

Have you begun to realize the potential disadvantages of relying upon Facebook to advertise? As always, we’d love to hear your opinions. Have your say by tweeting to us @PracticeDigital, and you can join in the conversation on Facebook.