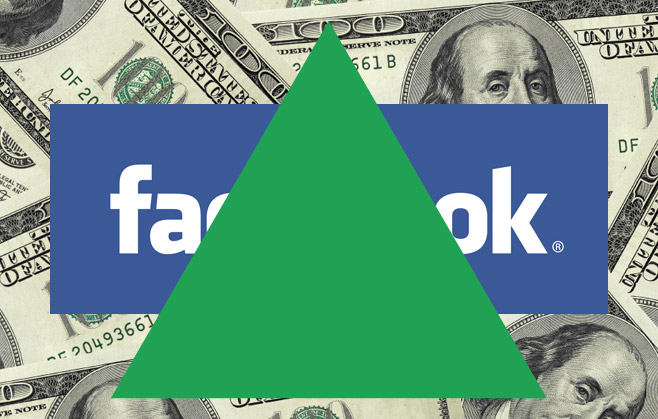 At The Practice, we like to use our Facebook page to interact with and keep our lovely followers updated. On first inspection, using this to promote your business seems like a relatively simple procedure.

Actually, it’s a lot more complicated to achieve volume in numbers. Why? Because it’s crucial for companies to display a mix of calculated marketing moves to drive engagement; many don’t know how to combine their social media acumen with Facebook’s existing advertising features.

Facebook’s latest features appear to be particularly strong. One of their popular new products, ‘Logged-out’ ads, which allows fans to view a specially created advert upon logout, is certainly making waves with big brands. Sandwich chain Subway, for example, successfully tested the feature by placing a comical video advertisement of their spokesman, Blake Griffin, on the logout page. From this, Subway’s reach during the weeklong campaign increased tenfold. It’s a risky strategy, as psychology dictates that fans don’t wish to be bombarded with promotional material as soon as they log out. Yet, as Tony Pace, the SVP and CMO of the Subway Franchisee Advertising Trust Fund argues; ‘People who are really into our brand are surprisingly happy to get lots of content from us.’

Perhaps then, this feature is only applicable for companies with an already strong fan presence. So which other features are helpful with start-ups in mind? As much as a business can try its best by posting frequently, their updates are only likely to reach around 16% of their established fan base. That’s where one of Facebook’s newest products, Reach Generator, features. Using Reach Generator guarantees a vastly increased show to 75% of the page’s fans over one month, and lets companies pay on an ongoing basis as opposed to a pay per click/view. Ben & Jerry’s, for example, recently hit 98% of fans during a 28-day period and saw twice as much engagement by using the feature.

Is it essential though, to pay for advertising on Facebook? If businesses employ the correct tactics, they can successfully bring in leads without using any of the paid features. In fact, Mashable reported that only 1 in 5 Facebook users have ever been influenced by an ad on the site.

Most importantly, successful companies identify the habits of their demographic. They know when and where their fans are likely to be logging into Facebook, and if on a mobile, tablet, laptop or desktop. The shrewdest companies will also have long established how responsive their followers are to video or pictorial content versus written content. Brevity, as in using any social media platform, is key. When Facebook posts are brief and occur at regular intervals, that’s when traffic is generated. The appeal of this, according to Facebook’s Elisabeth Diana, is that these types of frequent teasers increase fan excitement.

But what about creating a greater sense of interaction? This is where admins who show a flare for creativity, achieve results. CEO of Wildfire, Victoria Ransom, notes that trivia based quizzes or posts which fall under the ‘Pick-your-favourite’ spectrum are particularly popular. It’s evident that successful companies are the ones who understand that a two-way flow is essential; responding to fans creates a lasting impression.

Ultimately, Facebook marketing should invariably see long-term success, because companies are advertising themselves in a place where there are likely to be already responsive fans. There’s no element of chance about it, such as if you were, say, to advertise via a billboard where the precise demographic is unknown. It’s just a question of brands using a ‘test and learn’ approach and optimizing their business clout effectively.

The real danger we’re facing though, is that many companies rely solely upon Facebook and other social media platforms to market their business, while ignoring a huge range of advertising outlets. As The Practice will discuss later on in the week, companies mustn’t rely on social media alone.

Do you use Facebook to promote your business? And do you think it’s a worthwhile advertising platform? We’d love to hear your tips and tricks. Please get in touch by tweeting to @PracticeDigital, or connect with us via our Facebook page.