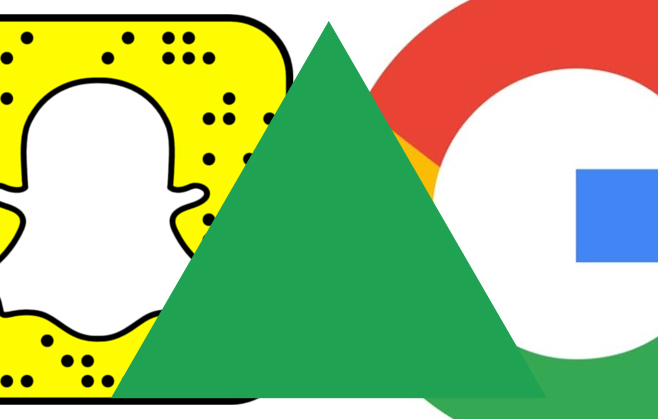 A Google-Snapchat alliance on the cards?

It’s clear that Snapchat is still attractive to buyers, despite the likes of Instagram rising quickly in popularity.

Recently, it was revealed that none other than Google had put in a bid to buy the app, offering 30 billion dollars for the acquisition. The talks are alleged to have begun as early as 2016, and interestingly, the proposition is more than double Snapchat’s reported market value of $14 billion. This seems to make sense, as the two companies have apparently enjoyed quite a close relationship over the years- Snapchat is one of the biggest users of Google’s Cloud services, and the company’s chairman Eric Schmidt was a former adviser to Snapchat’s CEO, Evan Spiegel.

For Google, the move would be potentially revolutionary for its brand identity. Aside from YouTube, the company’s social media efforts and roster of apps lags behind comparable tech companies such as Facebook. For instance, it is generally accepted that Google Plus is less of a social network, and more a default part of the company, with brands posting here generally with the sole intention to boost their SEO. Similarly, Google Buzz one of the company’s earlier social media platform (now discontinued), was a social network, microblogging and messaging tool integrated into the Gmail. From their email, users were able to share links, photos, videos, status updates and comments as part of conversations that were shown in the person’s inbox. If Snapchat became a part of the Google family, it could mean a whole new chat app, complete with integration with all of the company’s successful features.

While Snapchat has been propositioned many times, it’s believed that the company’s CEO, Evan Spiegal, has always liked the app to remain autonomous. If Snapchat were to be acquired by Google though, we imagine there would be much for it to benefit from. For one, having one of the world’s biggest tech organizations as a parent company would open the app up to new developers, innovation, and potentially a huge new audience and their data. Snapchat has also struggled in general to monetize- Google might have offered better insight into generating ad revenue.

Post-rejection, it seems Google now has other ideas, with news that it might be developing its own Snapchat rival. The new platform is called ‘Stamp’ and would aggregate news from various publications and present these as visually as possible, with videos and images taking precedence. This would be the front face of the company’s Accelerated Mobile Pages (AMP) project, that enables faster loading time for articles when clicked on via Google searches. The platform would therefore look a lot like Snapchat’s Discover section or Facebook’s Instant Articles for example, and be a great way for Google to monetize- perhaps publishers would need to purchase ad space in order to have their articles featured, or even pay for audience targeting.

Do you think a Google-Snapchat partnership could be lucrative? How do you think the app would change (if at all) if under Google’s wing? We’d love to hear your thoughts, so please tweet to us @PracticeDigital and share your comments on our Facebook page.