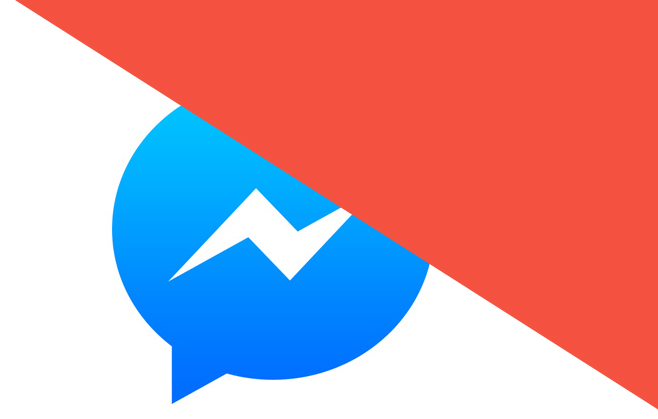 Facebook has recently been testing sponsored content in Messenger, showing display ads to a select number of users on the app’s main page. These, the company hopes, may roll out to further users worldwide, and shown in between chat conversations.

When testing first began at the beginning of the year, ads were displayed in Messenger spanning across the interface, so users could side-scroll to view content, similar to the carousel format on Facebook’s mobile app and desktop displays. Now though, ads have taken a different format, with each individual one occupying its own space- essentially ads now appear vertically. There’s of course scope for the new ad format to lead to frictionless payments straight in Messenger, which could bring in a vast amount of revenue due to the app’s 1.2 billion monthly users globally. As with all current ad types, businesses will be able to pay for and set these up in Ads Manager or Power Editor. These will also be targeted to audiences in the same way as all other types of sponsored content.

Ads in Messenger aren’t new though, with sponsored content rolled out as early as 2015- this was when we saw ads in the app newsfeed that directed users to a chat with the brand in Messenger. AI was also leveraged around a year ago to learn audience behaviour- this enabled the platform to display sponsored ads from brands that users had already discussed or engaged with before throughout the network. Unfortunately with this new ad format, users won’t be able to use an ad blocker or opt out of seeing them, but they will be able to be hidden on an individual basis once they’ve appeared. It’s clear that the new ad format will be the first time ads are displayed front and centre, asking us to question whether they’ll be too obtrusive, especially as they’ll be on an app that’s generally used as a more private forum.

It seems though, as if Facebook is struggling to find other places in its network of products in which ads can be displayed. After maximizing opportunities within News feed and Messenger, the next place is Instagram, which already displays sponsored ads within users’ feeds, and in its Stories feature. There might be other spots to house ad space here in future, such as in Direct Message or on users’ own profiles, but it seems as though this too, is saturated. What there is scope for though, is the linking, targeting and monetization options with all these ad types though- we might see ads being able to take a user from Facebook News feed straight to Instagram after engaging with it, or retargeting in Instagram based on a user’s browsing history.

Facebook hopes Messenger’s new ad option will be available for purchase by all advertisers over the next month, so we’ll be looking out for their appearance, and whether they’ll be particularly obtrusive.

How do you feel about yet another Facebook ad format? And do you think this will ruin the Messenger experience? We’d love to hear your thoughts, so please tweet to us @PracticeDigital and share your comments on our Facebook page.