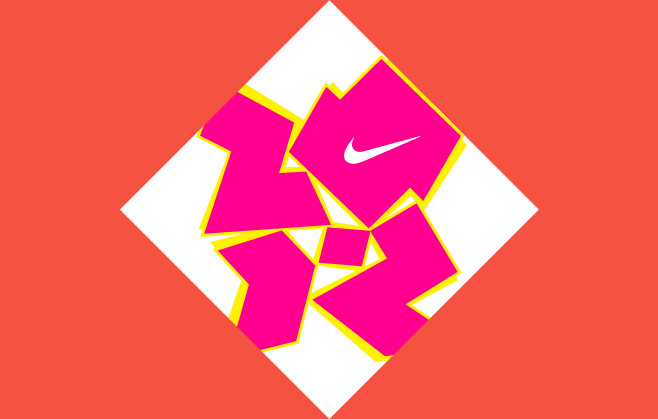 Olympics Sponsors: It’s not the taking part that counts!

Are major Olympics sponsors wasting their efforts? At The Practice, we’re finding it hard to ignore the provocative ambush marketing campaigns of non-sponsors. The question is, are their efforts being better received than those of the official brands?

Team GB must certainly have been a little distracted by some of the perks on offer from generous non-sponsors. For example, Rapper and music mogul Dr Dre has bypassed strict London 2012 advertising guidelines with the company’s latest ambush marketing stunt. The brand succeeded in sending Team GB members one of a kind ‘Beats’ headphones branded with Union Jack flag colours. Some of the younger members including Tom Daley and Laura Robson were eager to endorse their gifts by taking to Twitter, although their comments now appear to have been removed.

Aside from lavish material displays, some of the most powerful and noted campaigns have been created by non-sponsors, provoking the reaction that brands don’t just need the official Olympics seal of approval to market themselves well. British bookmaker Paddy Power, for example, created a billboard at London Bridge station establishing themselves as an ‘official sponsor of the largest athletics event in London this year.’ In fact, what they were referring to was sponsorship of an egg and spoon race to be held in a French town named London! Unsurprisingly, the company have now found themselves in a legal battle against LOCOG.

The overlap of non-sponsors cheekily making Olympics references has really aided public confusion. When surveyed, 37% of respondents incorrectly identified Nike as a sponsor, whilst only 24% correctly identified Adidas to be one. Could this be down to Nike’s brilliant campaign ‘Find Your Greatness’? The advert was created in collaboration with Wieden + Kennedy, and features a montage of scenes highlighting talented London athletes from outside of the UK. It really captures the spirit of the Olympics or any sporting event for that matter, without so much as even uttering any ‘forbidden’ words.

At The Practice, we definitely think that Nike’s notoriety for clever ambush marketing tactics has helped make them synonymous with The Olympics, rather than other sponsoring sports brands. You’d be forgiven for mistaking Nike as a sponsor; compare their ‘Find Your Greatness’ campaign, which hit No.1 on the Viral Chart with 4.5 million views, and Adidas’ ‘Take the Stage’ campaign which received a slightly less impressive 2.9 million views, and you can see why the error is so common. It’s also not the first time that Nike has stolen Adida’s ‘thunder’, as it were. Their ‘Write the Future’ campaign during the World Cup generated 23.6 million views, and according to a YouGov study, the tournament benefitted Nike more than any other brand. Most tellingly, Adidas has already pulled out of sponsoring the 2016 Rio Olympics whilst Nike is rumoured to become an official sponsor.

And it’s not as if the official sponsors are helping themselves in other ways to boost positive brand presence. The furor surrounding sponsors’ seating certainly added backlash, shaming the powerful VIPs behind these brands. Unfortunately, while wasted seats will always be emblematic of the Games, the sparse turnout won’t help bolster the image of sponsoring brands.

So in today’s world where smart advertising can find loopholes, is there really any need for sponsors to invest heavily in major events? And can these isolated cases of brilliance from non-sponsors really do enough to increase their brand awareness? We’d love to hear your thoughts, so please tweet to us @PracticeDigital and join in the conversation on Facebook.